American studies have shown that drinking wine helps to prevent type-2 diabetes, and a recent study conducted in Europe concurs.  The results, soon to be published in the Journal of International Medicine, were derived by examining numerous variables among thousands of participants.  These included detailed lifestyle and eating habits of individuals living in Italy, Spain, the UK, and other European countries.  Examining the data from this massive selection of people, what was the verdict on alcohol? 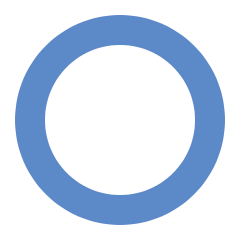 According to this study, scientists discovered that moderate alcohol use is connected with a 13% lower risk of developing type-2 diabetes in men, and a whopping 20% lower risk in women.  (Ladies, raise your glasses!)  Women who drank primarily fortified wine (as opposed to other types of alcoholic beverages) fared even better; their risk factor of developing diabetes was 32% less than the norm.

Another very interesting finding had to do with weight.  Moderate alcohol intake reduced the risk of diabetes in overweight participants much more than participants who were of average build.  Scientists could not explain why this was so, but have theorized that heavier folks may metabolize alcohol quicker.

In short, the study reports that moderate alcohol consumption lessens one’s chances of developing type-2 diabetes.  Wine drinkers, especially, had the highest percentage of protection.  This is welcomed news for the world of wine!

*This blog does not constitute medical advice.  Consult your primary care physician before making changes to your diet or lifestyle.   Women should not drink alcoholic beverages during pregnancy because of the risk of birth defects.