The History of American Wine Making

The history of American wine making goes back to the very first settlers, who arrived to find that there were wild grapes growing which could make wine of a sort. In fact, it's possible that indigenous people were making wine long before this, but unfortunately we don't have any reliable records to prove that.

The wine that was made from wild grapes was not pleasant to European taste, and experiments began to grow the more familiar vitis vinifera, the first plants of which were established as early as 1629 near San Antonio, New Mexico. 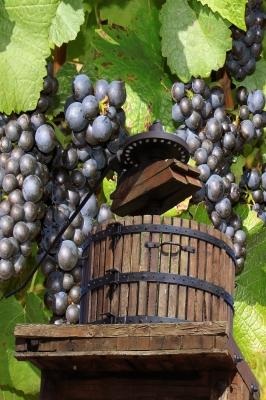 Until the 19th century wine production continued at a low level, but then came the discovery of a native grape, Catawba, which made a very decent hock like wine. Vineyards of Catawba were established in Ohio, and a wine was produced which was said to rival Champagne. Unfortunately, these vineyards were wiped out by a fungus, but wine making continued in other areas, particular around Lake Erie and in New York State.

One of the driving forces of wine making was the need for communion wine, but the influx of Europeans from wine drinking countries meant that there was also a ready market for good home produced wine for the table.

The Californian industry was established in the mid eighteenth century, the need for communion wine being again the driving force. The local wild grapes made poor wine, so root stock was imported from South America, the Criolla grape. This made acceptable but relatively moderate quality wine.

An immigrant from Bordeaux, France, Jean-Louis Vignes, decided to try and improve the quality of wine produced, and imported vine stock from his home country. By the mid nineteenth century his vineyards were producing a thousand barrels of decent wine a year.

Because of its more suitable climate and soil, Californian production moved to Sonoma Valley, where General Mariano Vallejo became an important producer. The real boost to quality wine production in California came when Agoston Haraszthy, considered to be the father of modern wine making in California, purchased dry sloping land and advocated a no irrigation technique which produced grapes with excellent flavor and concentrated sugars. Eventually he was tasked by the US government to bring quality vine root stock from Europe to develop the American wine product, and so began the rise in quality of American wines that we so enjoy today.

California became the center of the wine industry by the late nineteenth century, but due to natural disasters such as insect plagues, the San Francisco earthquake (which on its own destroyed thirty million gallons of wine) the Great Depression and of course, prohibition, the industry fell on seriously hard times. It survived by producing communion wine, which was not prohibited, and producing wine in small “home-made” quantities, which was also legal during Prohibition.

When the wine making industry was re-established after Prohibition, American tastes had coarsened, and the demand was for sweet “dago” wines. It wasn't until the 1970's that the entire industry took a turn for the better, with the establishment of American Viticultural Areas. With the encouragement of the University of California, Davis, the Californian wine industry in particular began to improve its vineyards, introduce better varieties, and work on producing the world beating wines which we enjoy today.