When is a bottle of wine more than just something you open at dinner parties? When you use it as an investment vehicle. If you're contemplating investing in wines then you probably already know the advantages, especially the not-so-small detail that there's no Capital Gains Tax on wines. What you're possibly not as sure of is exactly which vintages you should choose to invest in. With a staggering array of vintages to choose from, it can seem to be an impossible choice at times. No worries. Below you'll find six suggestions, and we've included something in every price range. 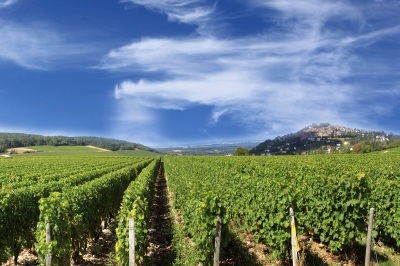 Let's start at the top of the price chart and work our way down. Recently selling for $6000 USD, this wine has nowhere to go but up, price wise. Why? Not only is it often regarded as one of the finest wines ever produced, but the fact is that there just isn't much of it left. All told, only a few cases worth, scattered about the globe. If you can get your hands on even a single bottle, do so.

Seen recently on the market for $700 per bottle, or $8400 per case, this wine received perfect scores from both Parker and Wine Spectator. It ages beautifully, which is only going to enhance its value. Some predict that a case of this vintage could sell for more than $100,000 in 20-25 years.

Recently priced at $450, this is considered by many to be a steal. The vintage received a staggering 99 points from Parker, making it the second highest scoring wine in what was a truly excellent year. Oddly, you can find wines that received lesser scores selling for a higher price. Simply put, this one is under priced.

This vintage was recently seen selling at $350 per bottle, and like others on this list, earned a perfect score. It's currently selling for half the price of the 1990 vintage, and savvy investors are predicting that the price could double in as little as five years.

The 80's and 90's were good decades for California wines, and savvy investors have been snapping up this particular vintage because it is selling at a discount as compared to many of its peers. Better hurry on this one though. It was recently priced at $300 a bottle and in my view is poised to move higher.

Hailing from the Piedmont region of Italy, this wine was recently seen priced at $120 and is expected to climb higher given the shortage of Burgundy in 2010 and a few bad years for Bordeaux. The smart money says this is one to watch.

And there you have it. A broad cross section of wines with excellent investment potential. Wine is an sound investment, but it is unconventional, and it attracts unconventional investors. If that describes you, then you came to the right place. With selections to fit every tastes and budget, you're sure to find something here that speaks to you.  And, should the worst come to the worst, remember that you can't drink stocks and bonds!