Battle of the Giants

The average wine drinker in America is not a connoisseur;  in fact,  far from it.  Most Americans who drink wine drink it because they like it  and they really don’t care about the factors which give wine its taste and body.  Most people can't relate the price of a wine to the quality they can expect and because they are uncertain, tend to rely on name brands which they recognize.

In recent years, people seeking a big fat red wine have often opted for Syrah or Shiraz and both have their supporters. But there is something very interesting to learn about these two wines. 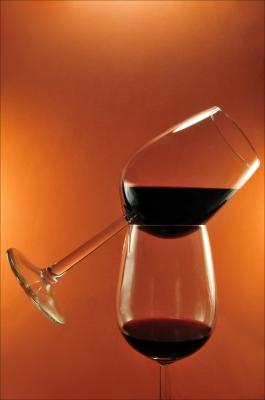 The Syrah grape originated in the Rhone region of southeastern France. The grape has a long, documented history in the area, but its point of origin was up until recently in doubt, owing to several legends about how the grape made its way from Shiraz in Persia (now Iran) to the Rhone.

In a study undertaken by the University of California,  researchers used DNA typing and extensive material from the viticultural research station in Montpelier, France, to determine that the Syrah grape was the offspring of two grapes from differing regions in France – the Dureza grape, from the Ardeche , and the Mondeuse blanche, from the Savoy region. The parent grapes have almost disappeared, but the offspring has become one of the most planted varieties of grape in the world.

The grape used to produce both Syrah and Shiraz wine is in fact the Syrah, but in many parts of the world the name has in modern times been changed from Syrah to Shiraz by wine producers in Australia and New Zealand.

The grape is used primarily for the production of red wines, and the flavor of the wine is dependent on the climate and soil where the grapes are grown. In moderate climates, such as the Rhone region of France, or the Walla Walla region of Washington State, the Syrah wines produced tend to be medium to full-bodied, with medium to high levels of tannin. The wines have blackberry and mint flavors,  with black pepper highlights.  Syrah is often used as an element in Rhone style blends.

In hot climates, such as that of Australia, the grapes produce more full-bodied wines, with softer tannins, jammier fruit, and the spice highlights are licorice, anise, and earthy leather.

Nobody wins, and nobody loses – both styles of wine are excellent, and both wines are enjoyed by the both the everyday drinker, right up to the fine wine connoisseur. Which one you like is a matter of your personal taste, and which one you serve to your friends and guests depends on the food you’re serving. A wine should complement a meal, not overwhelm it, so if your entre is not a bold one, stick to the quieter, slightly less assuming Syrah. If your dinner is out there in flavor – perhaps with a heavy hand on the spice, try a Shiraz with the entree – most will stand up boldly to vigorous competition.