What to Look for in Tawny Port

Unlike its ruby cousin, tawny port’s signature color is a bit lighter, as is its body.  Simply put, it’s a more delicate wine that exhibits some of the softer traits of vintage port.  Unlike expensive vintage port, however, tawny port is available at a fraction of the cost. 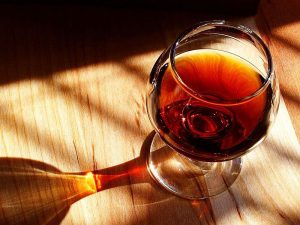 Tawny port is produced by blending older port wines.  Similar to ruby port, tawny port is also aged before bottling.  The time spent aging is usually between two and seven years.  Unlike sweeter rubies, tawny port features flavors of darker fruits and berries, as well as ripe plums.  Comparatively, a glass of tawny is richer with tannins.  And compared to their older, vintage cousins, non-vintage tawny ports are less dry and their tannins, while robust, are more mellifluous.

If tawny port’s tannins are a bit much for you, it’s okay to let a bottle of tawny sit for a bit; its tannins soften substantially as it ages.  Because it’s not as “forward” as ruby port, be sure to serve tawny port in proper port glasses.  Riedel Sommeliers Vintage Port Glasses are ideal because they are designed to reveal port’s pleasant, subtle aromas that are often masked by the smell of alcohol when served in larger glasses.  If you’ve enjoyed ruby port, perhaps it’s time to give tawny a try?  Cheers!

Did you catch our post last week on ruby port?