The Exciting World Of Wine Auctions

If you're interested in improving the breadth and depth of your wine collection by buying fine wines at auction, this piece will give you a brief overview of how to get started, what to expect, and who the major players in the US market are. 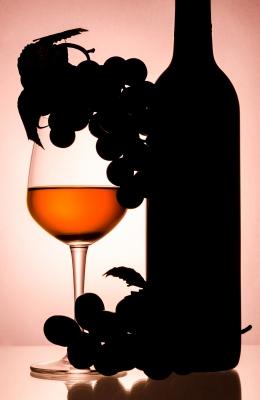 A Little Commerce, A Lot Of Theater

Participating in a wine auction has been described as one part auction, and two parts theater. The atmosphere of an auction room where historic and important wines are being sold at astronomic prices is heady, to say the least, especially at those glamorous evening dress affairs where the complimentary wine has already been flowing.

It's not for everyone, and unless you're familiar with fine wines, you run the risk of making a bad investment, but due diligence is all part of the fun. Do your homework, and you will be able to buy some thrilling wines which would never otherwise be available for you to buy. As they simply move from private collection to private collection.

Major Wine Auction Houses In The US

Of these five major houses in the US market, one thing that jumps out at you immediately is that three of those are in New York. That's not an accident, and clearly outlines where the hub of the wine market is located. It may be far from actual wine country, but New York is where much of the action is.

The world of wine auctions might seem a bit staid to the outside observer, but it's actually got its fair share of shocks, upsets and surprises. The most recent of these took place in 2008. Previous to that time, the Hongkong market imposed a staggering 80% import tax on wines. Once it was stripped away, the market saw a tidal wave of interest from Hong Kong. At an auction in that city in 2010 three bottles of Lafitte Rothschild that were expected to fetch around $8,000 USD apiece, instead wound up being sold for a staggering $232,692 apiece.

The market has cooled since the days immediately after the import tax was abolished, but moves like this ripple through the wine world on a fairly regular basis.

There are really only three keys to successful bidding at a wine auction. First is to do so responsibly. Set a budget you can live with, and don't be swayed from that mark. Second, know the actual value of the wines you are bidding on. You'll likely not get a bargain that sits much below estimate, but it happens. Third, and this is in some ways most important because it drives the other two, don't let your emotions rule you.

Auctions have a strange effect on people. Caught up in the thrill of the chase or the emotion of the moment, they sometimes forget themselves and get carried away, bidding for a particular bottle long after it has gone above a price they're comfortable with. Especially if you're considering wine collecting as an investment, you must learn to control those impulses.

However, the important point to remember is that, much like paintings by a long dead artist, the supply of fine and historic vintage wines is finite, and actually decreasing as precious bottles are consumed. Many of the oldest wines are actually undrinkable, and are not really bought to be drunk, but to be possessed, rather like a lovely dream that can never be fulfilled.

Look For Smaller Auctions At First

You can of course find excellent, less prestigious wines at small general wine, and sometimes even estate, auctions, and here is the place to cut your teeth. These general wine auctions are more akin to wholesale than retail sales, and it's here that you might find a surprising bargain or two.

And of course, once you have purchased those precious vintages, it's vitally important that you store them correctly. One of the leading makers of specialized wine storage environments is Wine Guardian. To find out more about how you can preserve and protect those very special wines,