The Allure of Tokaji Wine 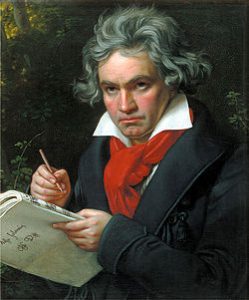 Children are often amused to learn that, years before Kraft Foods, Ludwig van Beethoven’s favorite dish was macaroni and cheese!  For adults--even those of us who still enjoy mac and cheese--it may be more interesting to note that one of Beethoven’s favorite wines was a white dessert wine from Hungary’s Tokaj region.  Situated northeast of Budapest, the Tokaj region is nestled in the Zemplen Mountains.  The region’s soil consists mostly of clay, with an underlying volcanic layer.  Sun filled summers and dry autumns help to nurture the precious Aszú grapes used in this wine.  (These grapes possess an unusually high concentration of sugar, and are picked and painstakingly sorted by hand at harvest time, which is rather late.)  In fact, the Tokaj region was Europe’s first ever classified wine region.  Today, some distilleries exist where select Single Malt Scotches are put into former Tokaji wine casks for a few years, imbuing the whisky with a hint of the delightful aromas (and a hint of the characteristic sweetness) of Tokaji wine, itself.

Considered a prized wine of nobility, Tokaji wine was also adored by Franz Joseph Haydn, Beethoven's one-time instructor with whom he had a falling out.  Franz Schubert, an early Romantic composer who idolized Beethoven, also had a preference for Tokaji wine.  Schubert set numerous poems by Goethe, Heine, and Schiller to music, and each of these famous authors, incidentally, had a passion for Tokaji.  After his early death at age 31, Schubert’s music was championed by several prominent pianists, including Franz Liszt, and Liszt--a descendent of the pedagogical lineage of Beethoven--also happened to like Tokaji wine.  (We do not know if he also liked mac and cheese!)  Liszt’s personal philosophy regarding the contemporary music of his time also contains a reference to wine: "new wine requires new bottles."  In short, this motto can translate as follows: new music will require new forms.  Liszt’s quotation is also a nod to Luke 5:37: “And no one pours new wine into old wineskins.  If he does, the new wine will burst the skins, the wine will run out and the wineskins will be ruined.” 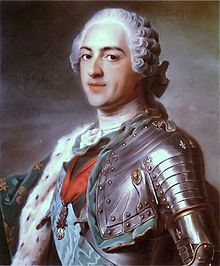 Exploring the history of this much-loved wine outside the musical community, we learn that Louis XV of France once presented a glass of Tokaji as follows: Vinum Regum, Rex Vinorum.  (Wine of Kings, and King of Wines.)  Louis XV’s father, Louis XIV, probably introduced Tokaji wine to his son after receiving several bottles as a gift from Francis Rákóczi II, Prince of Transylvania.  Since then, this beverage became a staple in the Court of Versailles.  American connoisseur Thomas Jefferson had several bottles imported for his presidential feasts in the early 1800’s, while yearly on her birthday, Queen Victoria received numerous bottles of this very wine from Austrian Emperor (and Apostolic King of Hungary) Franz Josef.  Even Napoleon Bonaparte purchased barrels of Tokaji for his Court on a yearly basis, and King Gustav III of Sweden would not drink any other wine!

Given its rich history, why is this wine so little-known, today?  In short, several prominent Hungarian vineyards were ravished by phylloxera in the late 1800’s and did not recover quickly.  Couple this with the onslaught of WWI, the deterioration of the Austro-Hungarian Empire, the advent of WWII, followed by the ascent of Communism, and you have a recipe for run-down vineyards!  Only recently has the wine enjoyed by Beethoven, Goethe, Louis XV, and Thomas Jefferson been reproduced after a long period of hibernation.  Will it regain its former glory and win over the artisans and world leaders of our day?  Only time will tell.  For more information about wine and history, check out Vintage Cellar's Wine Storage Education Center r check out our "Wine History" category here on the blog.  Cheers!