The Great Cork Debate: Natural vs. Synthetic vs. Screw Cap

For the wine consumer, the Great Cork Debate is nothing if not confusing.  "Experts" sound off about the pros of one and cons of the other, often in complete contradiction with other "experts".   It's easy to find yourself bewildered to immobility in the middle of a wine shop, a natural corked wine in your left hand, a synthetic corked bottle in your right, and a screw cap in front of you.  Headaches like these can drive the most devoted wine enthusiast to consider collecting something else instead...perhaps hard liquor. 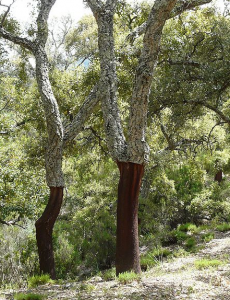 And they do have a strong argument for getting rid of traditional corks: cork taint.  Every wine collector has experienced that deep disappointment that comes when a bottle that's been carefully aging for years opens up smelling like wet cardboard, due to a chemical compound called trichloroanisole (TCA), which occurs naturally in some corks.  Depending on which study you look at, cork taint affects between 3 and 15 percent of bottles.  Those aren't numbers to be taken lightly, especially when we're talking about the often-expensive wines meant for aging.

But what these proponents of man-made corks or screw caps usually fail to mention is that there are also significant problems with these cork substitutes.  Here are a few:

Besides all these practical reasons to refuse to move to synthetic corks, there's a very deep psychological one.  The satisfying "pop" signals that a tradition almost as old as civilization itself is about to begin.  Wine is an organic, breathing substance.  It is its nature to change over time, and to change not in a formulaic way, but in a way influenced by its environment and the skill of those in charge of it.  To lock it behind machine-produced plastic is to lessen the artistry of wine aging.